Explore this blog by clicking on the labels listed along the right-hand sidebar. There are lots of interesting stuff which you won't find on the home page

Seriously curious about me? Click on ' What sort of person am I?'

The socialism of my dreams: a postscript

A little chat with an old boy (not really old, but one who reads my posts intelligently and thoughtfully) led me to think that I should write a long postscript to the last one I wrote on the question of bringing back, or re-imagining, socialism (Socialism, capitalism and human nature). If ever a good socialist society is to be built, the designers will have to keep in mind some very important things, to wit:

1.      Power must never be allowed to be concentrated in the hands of one person, or one small (and fairly homogeneous – like old white males of the same caste, race or religious background) group: it is bound to be corrupted and turned into tyranny very soon. That is one of the few ‘iron laws’ of social psychology. If this cannot be ensured at start, better not to attempt it at all, because it is too costly to undo it at a later stage, in terms of human lives ruined and destroyed. Never again must Stalins and Maos and Pol Pots be allowed to take up the reins.

2.      Though socialism avowedly aims at doing away with all kinds of extreme and unearned privilege, it is the inherent tendency of human society to reconstruct ever new forms of privilege even as old ones are weakened or destroyed. So in Russia we got the commissars and apparatchiki fat cats in place of the nobility of Tsarist times, and in China we got a whole generation of high-living communist ‘princelings’, while in India, we got ministers and bureaucrats milking public sector organizations dry to live the high life, in exchange for guaranteeing their employees assured cushy jobs, however incompetent and ill-mannered and plain unnecessary they were (so government-run industries came to employ three or four times as many people as they actually needed, and kept them in gravy even while they piled up huge losses year after year). Let us get this clear: it is not only traditional aristocrats and priests and rich capitalists who want to live off the fat of the land but almost all of us, and most of us are always looking for a chance to do exactly that – socialism must not create new opportunities for them. Leaving aside only perhaps very old and ill and handicapped people, for all the rest Tolstoy’s interpretation of the Gospel should apply: ‘He who does not work shall not eat’. Remembering always, though, that it is not only farmers and factory workers who ‘work’: great artists, scientists, poets and social workers do, too, and without all their contributions, we should all be still living in the Stone Age.

3.      To ensure that over-concentration of power simply cannot happen, we must retain such ‘bourgeois’ facilities as citizens’ rights enshrined in written Constitutions, as well as elected parliaments, independent courts and a free press – if only because we have not yet discovered any better alternatives. Precisely why I admire the successful social democracies so much: they early realized the deadly folly of throwing the baby out with the bathwater.

4.      Carrying on from the previous point, government should not run businesses. Encourage, regulate and tax, yes, to a greater or lesser extent (though how much may be debated and changed frequently), but run, no. They simply cannot. If we still haven’t learnt that lesson after nearly a century of failed experiments in countless countries, we shall never learn, and go on to commit the same folly again. It may still be argued that in times – necessarily short periods – of special exigencies, as after major economic devastation caused by things like war (and, as was in the case of India in the late 1940s and 50s, Partition and extreme poverty and a very small and weak pre-existing private sector), government may briefly step in to organize the fundamentals and ‘prime the pump’ as it were, but as soon as the economy has returned to an even keel, it must step back. And it NEVER makes any sense whatever for governments to run things like hotels! On the other hand, schools and hospitals, yes, because leaving them entirely to profit-seeking businessmen can only spell disaster. But schools and hospitals will be allowed to survive only if they can live up to certain standards of efficiency and sincerity of service: they must not become havens for millions of unsocial job-seekers and petty bureaucrats.

5.      Socialism must never try to crush and exterminate religion. That only builds up titanic forces of reaction, which are bound sooner or later to burst and destroy it. The need for spiritual sustenance and inspiration, no matter how polluted by silly tradition, ritualism and superstition, is too deep and too widespread and too permanent (if the last few thousand years are any guide) to be done away with any time soon. The best that a progressive socialist government can do is to try to keep religions from going for each other’s throats, and to make them as socially beneficent (by way of running hospitals, schools, poorhouses, orphanages, old age homes and relief operations at the time of natural disasters, for example) and as little dependent on utterly nonsensical as well as harmful faith as possible.

6.      Finally, something about women. They do, indeed, make up half the human population, and an increasing fraction of them are now educated, and economically independent, and even in positions of influence and power. Without co-opting them in very large numbers into the neo-socialist movement, it will never succeed in today’s climes. And here I feel wonder at the best of times, despair at the worst. Can women even be made interested in such things? I have personally heard of no major female figure in the socialist movement since Rosa Luxembourg, though I am willing to be educated, and it is my eternal regret that I don’t find women who are willing to discuss such things with me, face to face or via this blog. I am ever willing to engage, except, as I have said before, with loonies – be they male or female.

Thank you, Aveek Mukherjee, for coaxing me into writing this post.

P.S.: I personally consider these essays on socialism so important a part of my work that I have now put all of them together under one tag on the blog.

Posted by Suvro Chatterjee at 8:06 pm


Your posts on socialism are always an interesting read. It happens to be one of those issues which are always at the top of my mind, and I have a habit of relating my life experiences to socialism as an influencing factor.

While I firmly agree with broad contours of your suggestions, where I am worried about is the specifics of how these suggestions can be implemented. With a mind boggling diversity in a country like India, there shall always be clash of interests and mutual contradiction when it comes to actual implementation of reforms and policies. Again as you said, as much as we hoot capitalists and politicians our psyche prevents us to rise above the narrow, immediate self-interest of our group.

About social democracies, the nations who have successfully adopted this model constantly perform the best in the Corruption Perceptions Index or the Quality of Life Index. Even if India adopts this model with a plethora of checks and balances on capitalism, no institution here is sacrosanct enough to execute it.

While I don't have any water-tight answers or suggestions, I am still hopeful for a change.

P.S: I read somewhere that the super-riches in the US used to pay taxes as high as 95% during the Eisenhower regime, close to 75% during Nixon's reign until it was significantly reduced by Reagan. Wasn't socialism a very Bad Thing back then, viewed by Americans with distaste and horror?

We do indeed need to worry a great deal about the specifics, Aveek. As they say, the devil lies in the details. Looking forward to a long face to face chat about that.

I have been thinking lately about socialism as well. Living in a country which has both socialistic and capitalistic norms, I often see western Europeans looking down on most of the government policies. I know people who do not like the idea of high taxes for rich individuals!

However, at the same time, they do admit that basic necessities like healthcare, if provided by the government is a good thing. Where they don't have to solely depend on the policies of private insurance companies.

I often have mixed feelings when having a conversation involving arguments against socialism. So, your post has now armed me with good arguments for the next conversation.

I think you could have also written something on Banks, maybe in point 4?

Suggestion taken, Soham, though maybe you might find a few pointers already if you look up the previous posts under the tag 'Socialism'.

And yes, alas, far too many people want to have their cake and eat it too!

Check out my other blog...

My readers are from

Comments written in ungrammatical English or sms text, or by anonymous folks, or if they are rude/ silly/ irrelevant/ uninformed, will NOT be published. 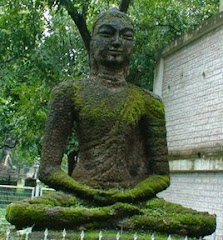 Suvro Chatterjee
Durgapur, West Bengal, India
I am 57, and for 18 years now a confirmed home-bird. I read, write, teach, counsel, listen to music, exercise, watch movies, have fun with kids including my own, have tried to be a good husband, think all the time, and generally endeavour to live the good life as I have understood it. It's tough.

Do not copy without permission

Suvro Chatterjee bemused by Suvro Chatterjee is licensed under a Creative Commons Attribution-NonCommercial-NoDerivs 3.0 Unported License.
Based on a work at suvrobemused.blogspot.com.

Get this Recent Comments Widget